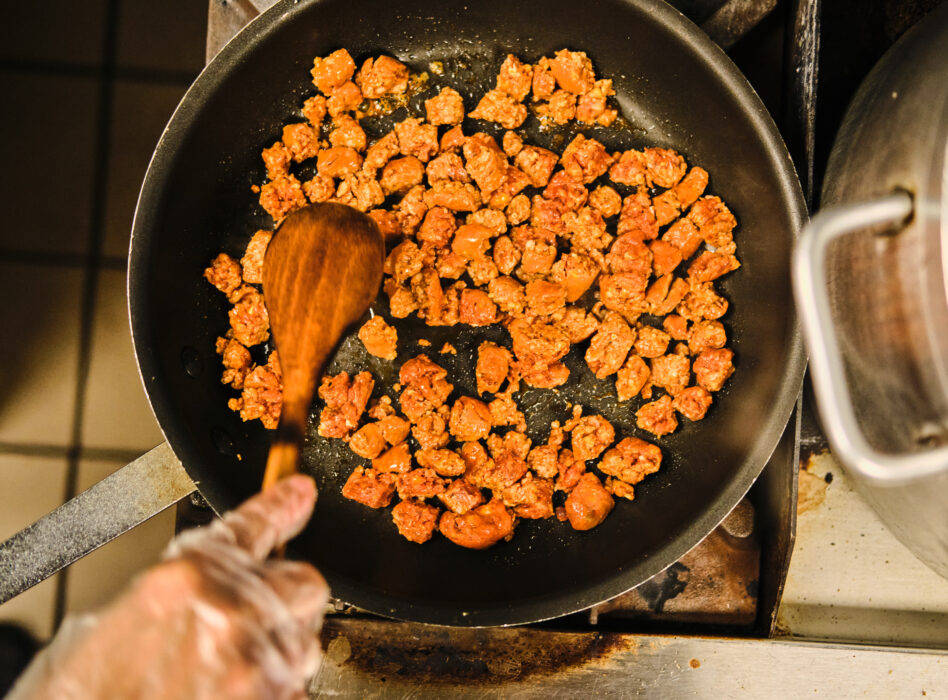 Tex-Mex is well-known across North America as a flavorful cuisine that is filled with history. From burritos to tacos, almost everyone has experienced the spice, comfort, and delight that this cuisine offers.  However, what is not widely known is how the term “Tex-Mex” originated, and how it came to mean the beloved cuisine we know and enjoy today. At BarBurrito, we recognize and celebrate Tex-Mex’s unique history and are proud to offer it to customers across Canada.

To begin, it is important to note that Tex-Mex is distinct from traditional Mexican cuisine in a number of ways, despite incorporating a number of elements similar to Mexican cuisine. Tex-Mex refers to the use of meats such as beef and other ingredients like beans, tortillas, nachos, tacos, and more to create dishes that incorporate Mexican and Texan flavors, such as Mexican spices and American cheeses. Typically, Tex-Mex is the term used to describe quick fare that developed from a spike in immigration to Texas from Mexico.

The Evolution of Tex-Mex Cuisine

In the 19th century, recognizing a need to transport sheep though farms between Texas and Mexico, the Texan-Mexican railroad was developed ­– otherwise known as the TexMex railway. This is where the term originated, that would later be used as the defining term for Texan-Mexican cuisine. As the Oxford English Dictionary describes it, Tex-Mex can be defined as:

“A Texan style of cooking using Mexican ingredients and characterized by the adaptation of Mexican dishes, frequently with more moderate use of hot flavourings such as chilli; food cooked in this style.”

These dishes, tacos, quesadillas, burritos, and more, represent an equal relationship of the diversification of the culture in Texas in the 19th century. However, it was not until the 1970’s that Tex-Mex was separated from what was commonly considered Mexican cuisine. This was largely due to an author known as Diana Kennedy, who published a cookbook titled Cuisines of Mexico that highlighted the differences in Tex-Mex compared to the traditional Mexican style of cooking.

Today, Tex-Mex is a celebrated cooking style that both children and adults enjoy and derive comfort from. Tex-Mex cuisine has grown to incorporate infamous holidays like “burrito day” or more recently has been widely associated with Tuesdays. No matter the occasion, people today across North America benefit from the delightful flavors and combinations that Tex-Mex provides.

At BarBurrito, we’re proud to offer a variety of Tex-Mex products that honor its diverse history and provides both children and adults with the foods, drinks, and sweets we have grown to love over the years. Whether you’re craving a quick bite or celebrating, Tex-Mex is the perfect cuisine to excite your taste buds.

Experience the unique taste of Tex-Mex today by visiting your local BarBurrito!