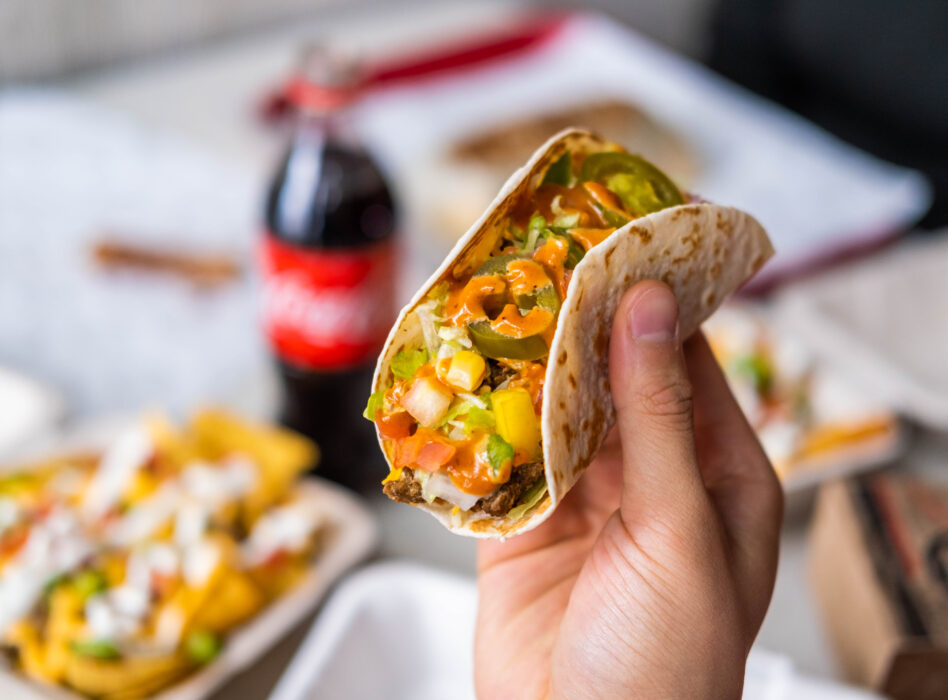 Tacos, burritos, and quesadillas are hallmarks of what we consider Mexican food. However, what is not widely known is that these dishes belong to a cuisine known as Tex-Mex. But what exactly is it and what makes it different from what we know as traditional Mexican food? From flavouring to ingredients, and even garnishes – there are many different factors in these dishes that make them unique. No matter the differences they each hold, there are many delicious aspects of both that we love and cherish!

A great addition to any burrito, quesadilla, and taco – that every kid tends to over-add – is the cheese! However, one quick way to differentiate between traditional Mexican food and it’s Mexican – Texan cousin is the type of cheese. While you may associate sharp cheddar as a must for your taco or burrito, it is a stable of Tex-Mex cuisine. While Tex-Mex favors yellow cheeses and Monterey Jack, traditional Mexican food can be spotted by the white cheese used in its dishes. These can include Oaxaca, Queso Fresco, or Cotija, among many others. For reference, Oaxaca cheese is similar to Mozzarella, which Cotija is share similarities to Feta cheese.

Tex-Mex is celebrated for its spicy and mild flavors. From thrill seekers asking for extra spice, to those looking for the comfort of a mild taco – Tex-Mex meets all of your unique tastes! Spices like chili powder and cumin are more common in a Tex-Mex dish than traditional Mexican. In fact, Mexican food often forgoes heavy spice, relying on fresh herbs like oregano for flavor. Due to this, Tex-Mex is generally much spicier in terms of heat than Mexican food. For example, a Tex-Mex beef taco packs heat in the meat itself, and is often topped with cheeses and other preferred toppings. The traditional version of a taco, the Tacos al Pastor, is lightly seasoned with minimal garnish.

The age long debate of a hard-shell taco versus a soft-shell taco is known to Tex-Mex fans everywhere. However, if you plan to hash out which option is better at a Mexican restaurant – you would be in the wrong setting! The soft-shell taco is widely available in traditional Mexican cuisine, while its hard-shell cousin has a different origin. The hard-shell taco is of Tex-Mex creation although its exact origins are uncertain. It is speculated that the hard-shell taco was popularized by the rise of fast-food culture in America, as a way to preserve the taco for longer as corn soft shell tacos cannot sit on a shelf for an extended amount of time.

At BarBurrito, we proudly serve a variety of Tex-Mex dishes sourced from fresh ingredients and delicious combinations to sate your unique palate! From hard-shell and soft-shell tacos to burrito bowls, we’re serving up the staples of Tex-Mex cuisine all across Canada.

Experience the intricacies of Tex-Mex cuisine by visiting one of our BarBurrito locations today!